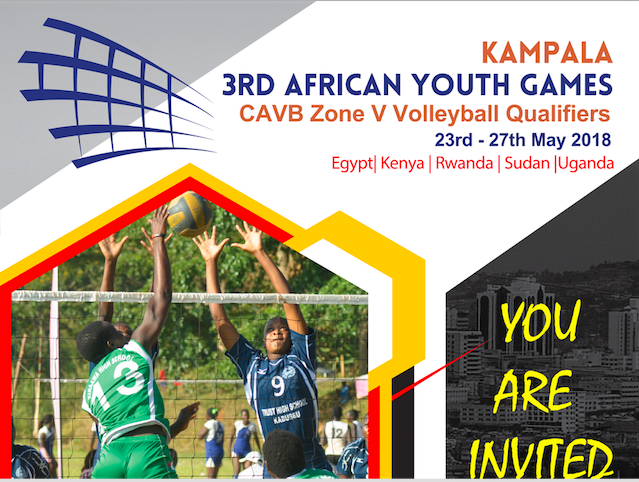 The Kenya Junior Women and Men Volleyball teams are set to take part in the Zone Five African Championships. the Youngsters having been scheduled to meet Egypt Rwanda and Egypt in these championships that will be hosted in Kampala, Uganda from May 24 to 26.

Initially, Sudan and South Sudan were supposed to join the four teams in the Zonal Competition. However, Tarek Al-Adwar, the Press Officer, Confederation of African Volleyball (CAVB), on Tuesday confirmed that only four teams would take part after the withdrawal of Sudan and her Southern counterpart. The three-day championship's winner will be given a ticket to take part in the Africa Youth Games that are slated for the 17th to the 27th of July 2018, in Algiers, Algeria.

"More than 140 volleyball players from four nations will compete for qualification for the Zone Five Africa Youth Games, Algeria 2018," said Al-Adwar. "The winners of the regional qualifier will earn a ticket to represent Zone Five at the third African Youth Games in Algeria."

The Africa Youth Games were last held in Botswana in 2014 where Egypt won the Gold medal, with Kenyan and Nigerian women teams taking silver and bronze respectively. Kenya and Egypt will have to play each other in Kampala in the men's tournament to determine who qualifies for the Youth Olympics in Buenos Aires, Argentina in October.