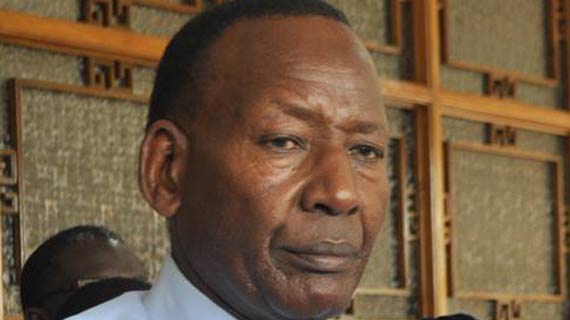 Interior Cabinet secretary Joseph Nkaissery has passed on. Nkaissery died at the Karen Hospital where he had been admitted early on Saturday morning .

Nkaissery's death was announced by Chief of Staff and Head of the Public Service Joseph Kinyua  and comes just days after he led a high powered delegation to inspect the progress of the  facilities to be used during the forthcoming World Youth Athletics Championships in Nairobi.

In his condolence message on Saturday morning , among many other mentions of his service Kenya's president Uhuru Kenyatta said, "We have lost a friend and a colleague whom as late as yesterday we spent discussing  his great passion which is Kenya's preparedness for the junior athletics championships that is set to commence in the next few days . I personally send my condolences to the family , his wife and children in particular and the Maa community who have lost in a special way a great leader ." President Uhuru said.

The late Nkaissery  was a Member of Parliament in the National Assembly of Kenya from 2002 to 2014, when he resigned to take up a cabinet position as Interior Secretary.

His body has been moved to the Lee Funeral home.