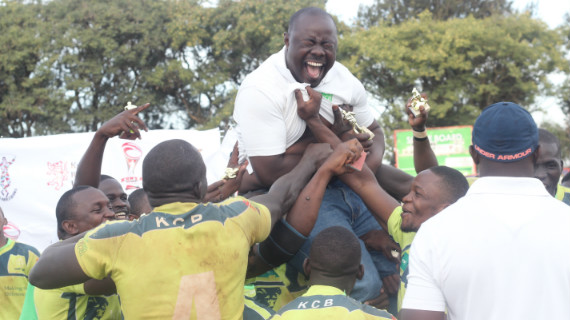 Curtis Olago has been appointed the Head Coach of the Kenya U20 national team, Chipu. Olago,whose first assignment will be overseeing Chipu's defence of the Barthes U20 trophy, has been handed a two year deal.

The former Kenya center played his club rugby at Mean Machine, Kisumu, Impala, Nondescripts and KCB, taking the plunge into coaching upon his retirement, guiding KCB to four league titles in 2015,2017,2018 and 2019.

Commenting on his new role, Olago said, " It is a huge honor to be called upon to handle a national side. I am humbled by the appointment and look forward to steering Chipu to even greater heights."