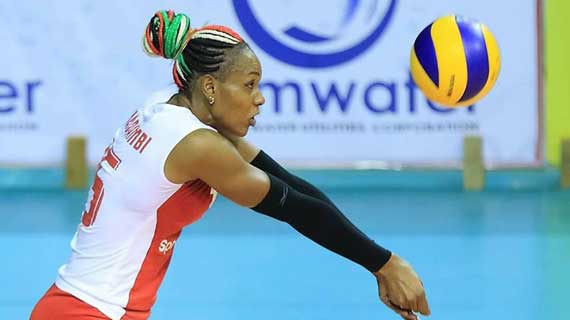 Kenya has qualified for the World Volleyball Championship to be held in Japan in 2018.

Kenya’s Malkia Strikers defeated rivals Egypt  by three sets (3-0 of 25-23 25-22 25-18) in the semi finals of the ongoing Africa Cup Championship in Yaounde Cameroon on Friday afternoon.

This win is sweet revenge for the Kenyan who were eliminated at the same stage in the same city by the Egyptians last year denying Kenya a slot at the 2016 Olympics in Rio Brazil.

Kenya will now meet the winner of the second semi-final match between hosts Cameroon and Senegal.