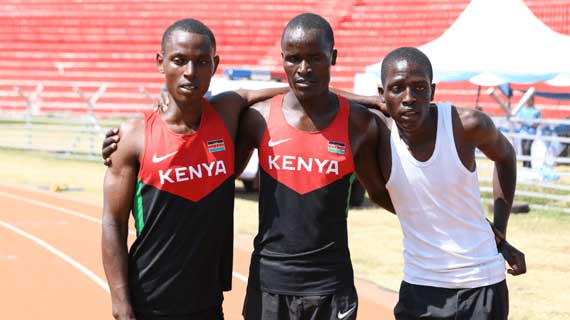 The Kenya Para-Athletics and World Athletics Championships trials on Wednesday received a major boost when Safaricom announced a 7.5 Million Shillings sponsorship towards the event.

Some of the Paralympic athletes on the line-up include Samuel Muchai who bagged gold in the T11 men’s 5,000 category last year, Nancy Chelagat,20, the youngest track athlete who won silver in the T11 1500m race, Wilson Bii, T11 1500m bronze champion and Henry Kirwa who took home the silver medal in the 5000m T12 category.

“It is a privilege to support our athletes and be part of Kenya’s great Athletics story. Safaricom is committed towards identifying, nurturing and supporting untapped Kenyan talent. We believe that Safaricom’s partnership with Athletics Kenya will offer an opportunity for a new crop of athletes to come to the limelight, demonstrating that truly, when we come together, great things happen” said Sylvia Mulinge, Director Consumer Business – Safaricom.

The National World Athletics Championships, on the other hand will field athletes in long and short distance races as well as other field events. Mark Otieno, representing Eastern region is expected to display a splendid performance in the men’s 100m after setting a new national record of 10.14sec in the just concluded Safaricom National Athletics Championships held at Nyayo Stadium.