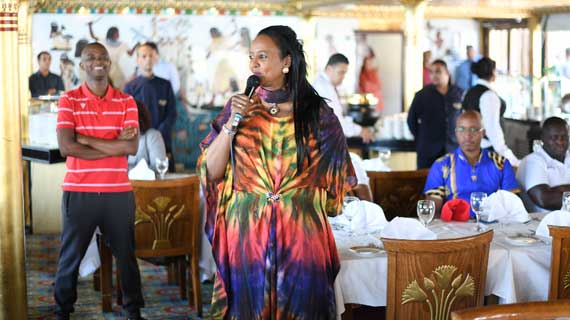 Cabinet secretary for sports, heritage and culture Amina Mohamed will be seeking to be the next Director General of the World Trade Organization.

The career diplomat-cum-lawyer became the sixth nominee for the position after the Kenyan government nominated her on July 7.

The organization, domiciled in Geneva, Switzerland is seeking a replacement for Brazilian Roberto Azevedo who is stepping down a year early at the end of August 2020.

Amina, a former Kenyan ambassador to the WTO and the first woman to chair the WTO’s General Council in 2005, is the sixth candidate to be officially nominated. She has also served as the chairperson of International Organization for Migration and as well as assistant secretary general and deputy executive director of the United Nations Environment Programme.

Amina Mohammed  has served as CS for Foreign Affairs between 2013 and 2018 for education from 2018 to 2019 before being deployed to her current post.

It is speculated that there's an imminent wide support for an African candidate and a woman, since neither have headed WTO ever.