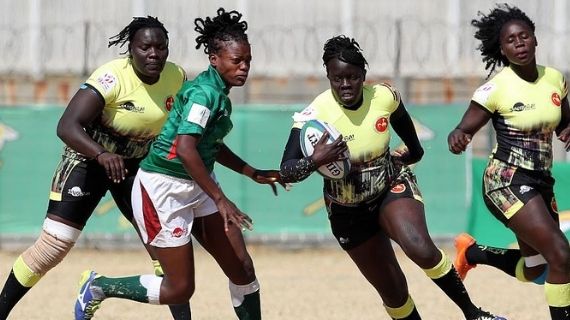 Kenya women rugby team has booked a spot in the 2020 Olympics after reaching the finals of the Rugby Africa Women's Sevens in Jemmel, Tunisia on Sunday 13 October 2019

The Kenya Lionesses will represent Africa at the 2020 Olympics in Tokyo, Japan after reaching the final of the Rugby Africa Women's Sevens in Jemmel, Tunisia on Sunday 13 October 2019. This will be their second appearance at the biggest sporting spectacle in the world after playing at the 2016 Olympics in Rio de Janeiro, Brazil.

They had gone into Tunisia as defending champions for the tournament which this year doubled up as the African qualifiers for next year's Olympics and set up a final clash against South Africa after a perfect day one performance.

They then brushed aside Zimbabwe 36-5 in Sunday's quarterfinal action before securing the Olympic ticket with a 19-0 semifinal dismissal of hosts Tunisia.

Up next was the clash for the 2019 African title and it was familiar foes South Africa in their sights. One point separated the two sides at full time, South Africa reclaiming the African title with a 15-14 result over the Lionesses. Both sides additionally qualified for the 2020 Women's Sevens World Series qualifiers in Hong Kong.