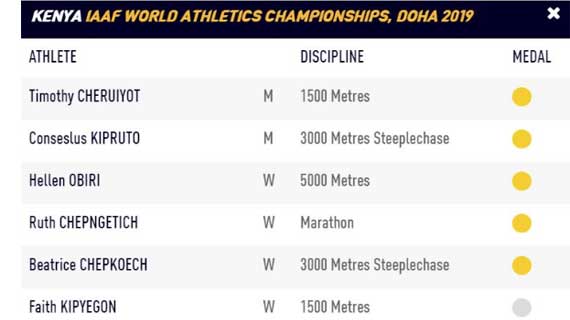 Kenya finished the standings with 11 medals , 5 Gold , 2 silver and 4 bronze behind the Americans who had 29  medals in total. With 12 medals Jamaica finished third , China 4th (9) and Ethiopia sealed the top five slots with eight medals.