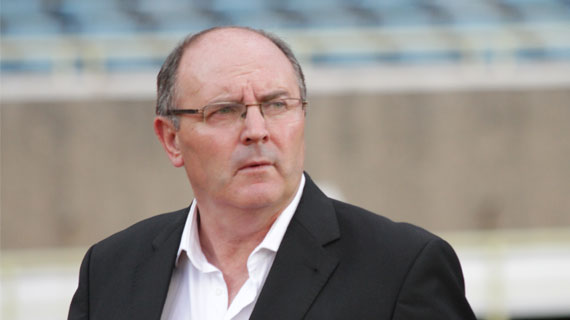 Minnows Zanzibar Heroes had no respect for defending champions Harambee Stars whom they beat 3-1 in their final Group B Cecafa Senior Challenge Cup match at the 40,000-seater Hawassa International Stadium, Ethiopia on Friday afternoon.

The Kenyan  team had threatened to boycott the match due to unpaid allowances until FKF made a commitment,

Coach Williamson’s decision to alter the starting eleven backfired in front of him as Harambee Stars played second fiddle to Zanzibar throughout the match .

The hard working Zanzibar Heroes looked hungrier of the two sides after kickoff and were unlucky to have Haroub’s goal ruled offside wrongly in the 30th minute.

With a minute to the end of the first period, a defensive blunder allowed Kassim Suleiman net the first goal for Zanzibar.

Micheal Olunga’s entry in place of Jesse Were did little to stop the spirited Heroes who kept on pushing.

Jacob Keli took the place of Kevin Kimani and this left Kenya with three strikers and exposed at the back, a loophole Zanzibar capitalized  on through a counter calmly finished by Kassim Suleiman for the third goal .

Jacob Keli netted a late consolation for Kenya after connecting to a header from Micheal Olunga.

Kenya will now have to wait for the result between Uganda and Burundi to know their fate.