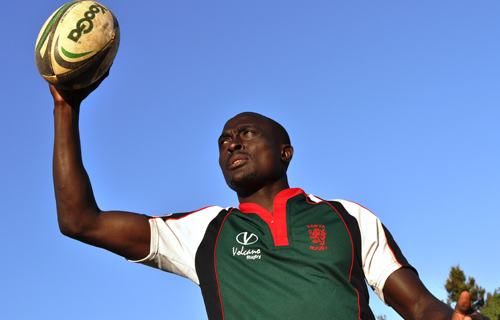 Kenya 7s  have a herculean task against Hamilton Sevens champions Fiji in their final Pool A match of the fifth round HSBC World Rugby Sevens Series at Sam Boyd Stadium , Las Vegas,Nevada, tonight at 11.36pm.

Kenya 7s started on the wrong footing after losing to France 14-19 (HT 7-12).Sammy Oliech and Willy Ambaka scored a try each while Sammy Oliech made two successful conversions during the loss.

The boys later redeemed themselves with a win over Russia. Kenya beat Russia 19-12 (HT 12-5) with a try from Jeffrey Oluoch and two from prolific scorer Collins Injera who was making a comeback to the team. Eden Agero made the conversion.

Shujaa will now face the unstoppable Fiji who easily won 38-0 against Russia and 33-5 against France in their Pool A matches. The odds are stacked against Kenya who have only beaten Fiji once in their last five matches, a 30-7 win two years ago in April 2016, when they made history by winning the Singapore Sevens