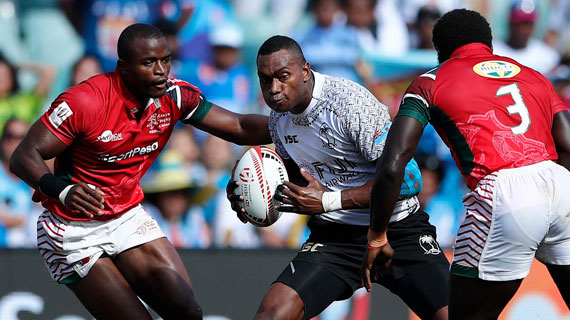 The Kenya men’s rugby 7’s squad last weekend collected ten points from their third outing at the 2018 World rugby series in Sydney Australia. The team is currently placed 9th on the World Series standings with 23 points.

The boys finished 2nd in Pool B behind Argentina to qualify for the main cup quarter finals. They later  lost to Fiji 24-5 in the 5th place semi final match having lost 17-0 to South Africa in the main Cup quarter finals.

It was an amazing outing for the host nation Australia as they won both the men and women titles at home. Australia men beat South Africa 29-0 in the Cup final to take the HSBC Sydney Sevens title while the Australian women team beat New Zealand in their Cup final to bag the gold crown.