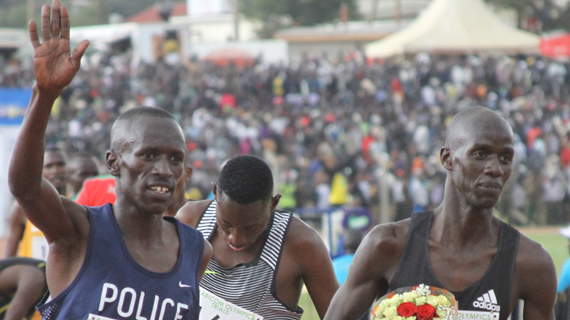 Kemboi who won a bronze medal in the steeplechase at the Rio Olympics was disqualified after Mahiedine Mekhissi-Benabbad of France filed a formal complaint.
Mekhissi-Benabbad’s filed a post-race appeal claiming that Kemboi committed a lane violation.

The International Association of Athletics Federation upheld the appeal and Kemboi lost the medal.

According to Kemboi the move would have been overturned but the officials failed to appeal on time.

"They should have appealed within a period of 30 minutes but no one did it.I don't know where they were at that time," Kemboi said.

He branded them as tourists who instead of discharging their duties sought to enjoy themselves in the Brazilian city
"Most came as tourists into games. We could have even performed better if the officials were committed to their duties," He said.

Kemboi had announced his retirement from the Track but when the medal was taken away he vowed to reclaim the same at the London world championships next year.

He spoke on Werdnesday at Nandi Bears Club during the feting of athletes by Lotto Foundation.