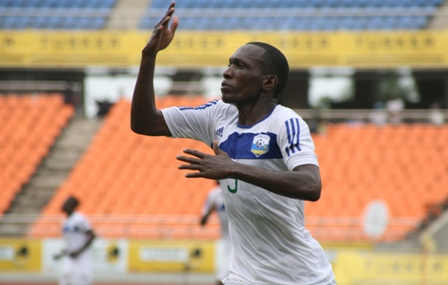 Gor Mahia suffered a massive blow with Rwandese striker Meddle ditching the club for Tanzanian champions Simba who are said to have spilled mega cash to land his signature.

Kagere was pictured in Dar Es Salaam last evening after talks with the Simba leadership to finalise on a contract that will earn him close to half a million in monthly salary.This will be plus a Ksh 8million signing fee, a car and a furnished  house as part of the two year deal.

His agent has confirmed that talks progressed well and it is only a matter of time before he is announced as a Simba player.

Kagere scored when Gor beat the Tanzanian side during last month's Sportpesa Super Cup and Simba have now responded by signing him.

The forward was seeing out his contract at the club which was set to lapse at the end of this month.

It's a huge blow for Gor especially as they look to defend their KPL title as well as qualify for the group stages of the CAF Confederations Cup.

Head coach Dylan Kerr will now have to go into the transfer market to sign a replacement only four days before the transfer window shuts.