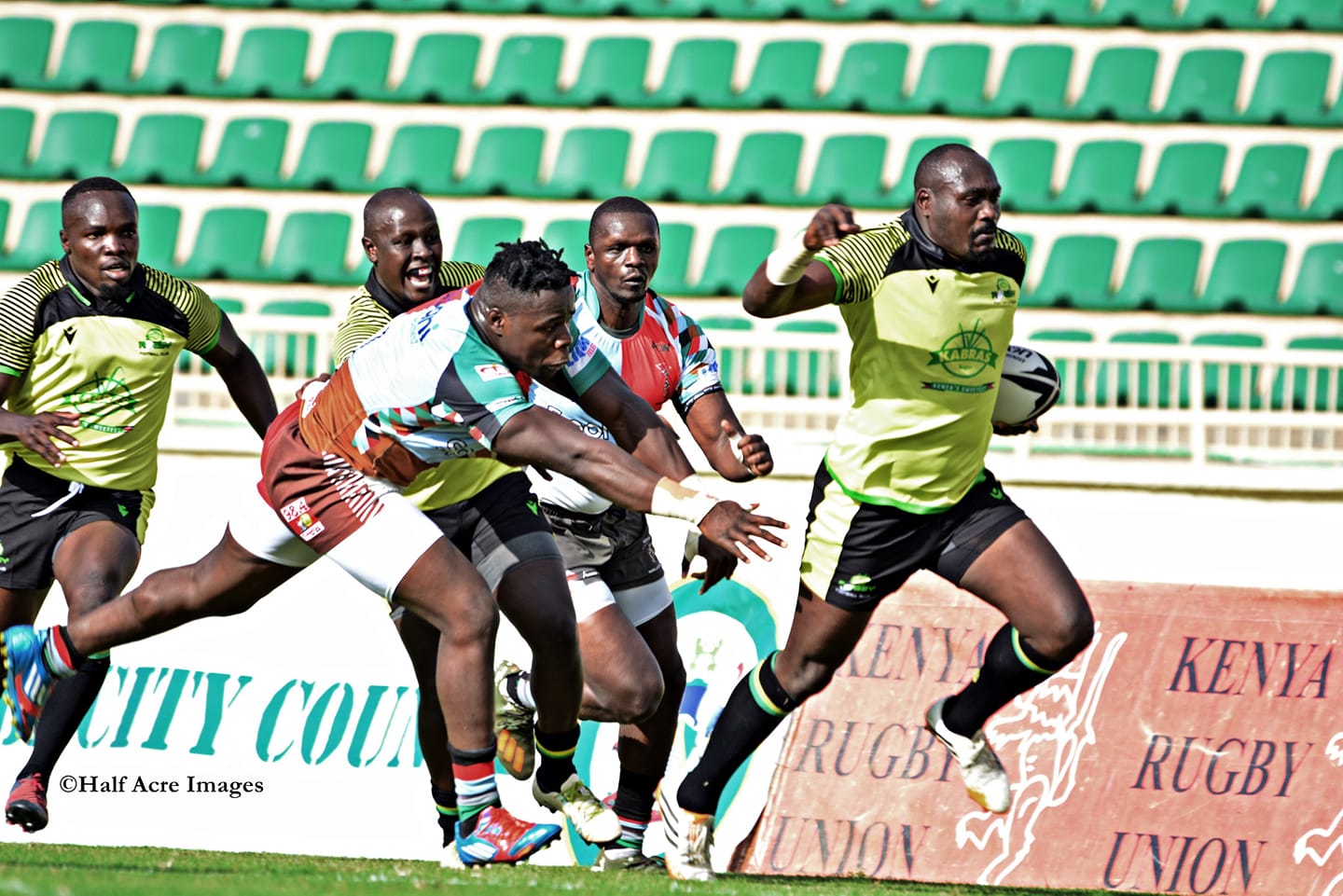 Kabras Sugar scored five tries en route to a 29-10 win over Kenya Harlequin in the Sisimka Charity Cup at the Nyayo National Stadium on Saturday 20 February 2021.

It was Quins who went ahead through Evin Asena’s penalty before Kabras responded through Fijian Jone Kubu’s unconverted try. Brian Juma then scored the first of his two tries to give Kabras a 12-3 lead at half time.

Kubu then converted Derrick Ashiundu’s try after the break to put Kabras 19-3 ahead. The Kakamega based team then scored two more unconverted tries through Juma who landed his brace and George Nyambua before Dennis Muhanji scored a well worked try for Quins, Asena converting for the 29-10 full time score.

This fixture served as the curtain raiser to the Kenya Cup season which kicks off on 27 February.