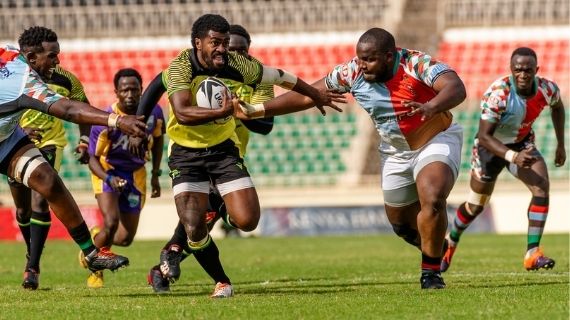 2016 champions Kabras Sugar returned to the top of the Kenya Cup standings with a 43-5 away win over Kenya Harlequin. The result sees the Kakamega based side top of the table with 15 points, having registered a bonus point in all their three outings to date.

Defending champions KCB are second, also on 15 points after defeating Blak Blad 32-19 but have an inferior try count.

Menengai Oilers, leaders heading into match day four drop to third as they were inactive following postponement of their clash against Resolution Impala Saracens. Oilers are on 11 points, having won twice and drawn once.

2013 and 2014 champions Top Fry Nakuru sit fouth on the log. The Wanyore were also inactive this weekend and have 9 points off two wins and one defeat.

Kenyatta University's Blak Blad are fifth on 7 points after one win, one draw and two defeats while Kenya Harlequin are sixth on 7 points, having won once and lost thrice in four outings.

Masinde Muliro's win over Mwamba sees the Kakamega based students climb to seventh on the table with four points. They have one win and two defeats while Mwamba are eigth with two points from two defeats.

Resolution Impala Saracens are ninth. They were inactive this past weekend and have one point from one defeat. Nondescripts are yet to taste any action and lie tenth with Strathmore Leos bottom of the table with zero points after two losses.