Junior Stars’ AFCON dream up in smoke with Ethiopia loss 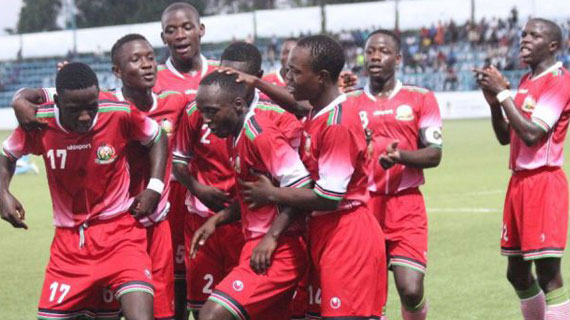 Kenya’s inability to deal with counter attacking football was their main undoing as they fell 4-2 to Ethiopia in their final Group B CECAFA region CAF African Under-17 Cup of Nations qualifier in Dar es Salaam, Tanzania on Wednesday evening.

The loss thus means Kenya’s hope of making it into next year’s showpiece suffer a blow as they fail to make it into the semis finishing third in the group. Ethiopia and Uganda going through.

Ethiopia skipper Beyene Baisse scored twice in almost similar fashion to hand the devastating loss to Mike Amenga’s charges who needed a win at all costs to make it to the last four.

Kenya scored first after 22 minutes when centre back Alphonse Omija sneaked in behind the defense to powerfully nod home a corner from Mathew Mwendwa. The Junior Stars had won the corner after the Ethiopia keeper turned behind a well curled free kick from skipper Arnold Onyango.

However, Kenya was caught off when the Ethiopians scored two goals within five minutes. After losing the ball, Stars were slow to track back and skipper Baisse picked the ball from distance and released a venomous shot that caught the keeper Bixente Lizarazu off his guard.

Baisse added his second after his keeper launched a long ball having collected a headed freekick, the skipper curling a shot beyond Lizarazu again.

But Stars went back level immediately, Keith Imbali’s beautiful glancing header off a Mwendwa cross catching the keeper off.

But, Amenga’s charges capitulated in the second half with Baisse completing his hatrick before another late counter sealed the deal.