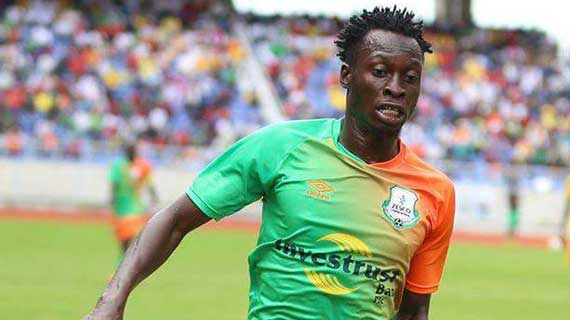 Jesse Were contributed to the party as Zesco United wrapped up the Zambian Super League title, winning with two matches to spare after a 4-0 thrashing of Nchanga Rangers at their Ndola Stadium base on Wednesday.

Were scored Zesco’s third goal from the penalty spot in the 12th minute after two quickfire goals from Mwelwa Mwape and Solomon Sakala had led the side up. Congolese Marcel Kalonda wrapped up the victory with the fourth goal at the stroke of half time.

Were who has been a core figure for Zesco since moving to the club from Tusker FC featured alongside fellow Kenyan Anthony AKumu. David Owino who is also the club’s vice captain did not feature as he is still recovering from a hamstring injury.

Zesco have now assured themselves of a slot in next year’s CAF Champions League, a competition in which they reached the semi-finals two seasons ago.

With the league title wrapped, the motivation will now be on Were to pursue the Golden Boot with his goal at Nchanga taking his tally to 18, one behind leader Idris Mbombo of Nkana. Were has enjoyed a successful season having scored two more than he did last season where he netted 16 times.