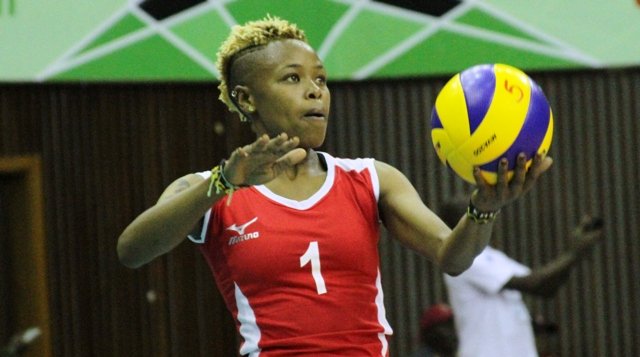 " Yes it has finally been confirmed that  I will be leaving for Seychelles in the coming week for a one year  pro deal." Wacu told michezoafrika.com.

" I appreciate the support I have received so far from my club at Kenya Prisons and I believe this is another opportunity for me to grow myself and to learn from different people, philosophy of play and also interact with new cultures out there." she says.

For ten years as a dependable setter at the Prisons service side where she serves as a senior sergeant, Wacu's brief departure is also expected to give prominence to new and upcoming talents  especially her immediate substitute Joy Lusenaka who has been tipped as one of the future  setters of the nation.

" I appreciate that my exit for one year will also create more room for new younger talents to step up the challenge and prove that they too have the capacity to push our club to  championships." she noted.

The national team setter who previously played in Europe with French side Chamelieres ,continues to add that , " This club is not entirely new to me because we have played against them before during club championships and I am excited to face the challenge."