It’s not football, It's KPL 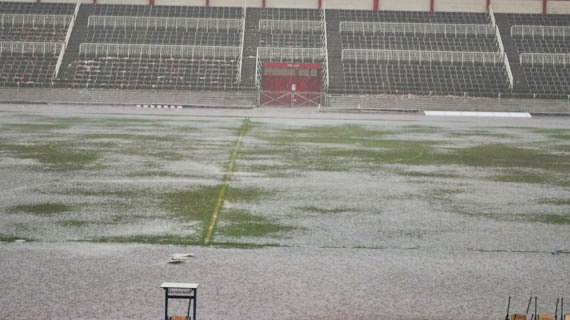 It’s not football, It's KPL

Before kick-off and during every Kenyan Premier League match, the producers MediaPro treats us to a nice advert of the Spanish La Liga dubbed "It's not football,It's LaLiga". The ad features a boy who returns from Spain completely mesmerized by the football passion and the inquisitive mom asks him about it.The answers emboldens the goal of the La Liga creators as they state:

“LaLiga is a spectacle, of course; it's entertainment of the highest calibre, replete with moments of comedy, passion, drama and suspense. All of this is brought to all four corners of the globe through the best technology on offer, which guarantees the highest standard of broadcasting and immerses viewers in a unique experience.”

Back home, the producers of the La Liga are doing our KPL league justice by utilizing world class technology but unlike the La Liga, and to be brutally honest, KPL is nowhere close to a “spectacle or entertainment of the highest caliber”. It is a dull “thump thump” contest played on patchy and potholed brown grass pitches surrounded by barbed wire fences, the eyesores we call stadiums in Kenya.

As if in conspiracy, our  Free To Air TV stations, despite being provided with HD quality video apply “tint or SD make-up” subject the poor Kenyan fans to the worst form of TV watching ever. Fans can hardly recognize players in some of the the highly publicized “Live” matches.

Imagine if the producers of the La Liga advert shot it in Kenya and the boy, most likely from an international school, narrates his KPL adventure. The conversation would go something like this;

Mom: How was Kenya?

Son:  It was great. The locals are a bit mad, they go crazy for politics and they do the weirdest things to bring their team bad luck.

The camera pans over Kenyans drinking beer while watching the English Premier League then another shot  of a political rally at Uhuru park then a drone captures an  aerial view of an empty and rugged Ruaraka Stadium as Tusker takes on Nakumatt FC.

Son: Gor Mahia kids are taught to hate AFC Leopards before they can even walk (And Vice versa :-)).Many fans would rather attend a political meeting that watch a game!

Son: And you know what, they dont just watch the game, they dont want to pay entrance fee. Gor Mahia fans cry when they lose, but they cry even more when Ingwe wins (read celebrate). The most incredible thing…KPl is totally boring.

Camera now zooms over the one side of Afraha Stadium, the VIP side, then the dusty track that surrounds the pitch.

Son: It’s like when you watch a match, the cows and goats are angry at you for using their grazing field. That can’t be football. It’s got to be something else

The advert ends but you can add your concluding ad line below!

Pun intended, the advert would capture the true KPL and of course rub some fans and officials the wrong way.Missiles will be thrown at the "Messiah" for telling the truth.

At the beginning of every season, a team from Kenyan Premier League inspect stadiums and give a nod of approval. With the current state of our pitches, one wonders what they look at.Rugged uneven pitches, no drainage, pathetic seating surface,no parking and a security nightmare. In his A Tale of Two Cities, Charles Dickens would have perfectly fit KPL and La Liga on the below script.

Lack of rain should not be an excuse for not investing in a good playing surface.Ever heard of irrigation systems?

Even Barcelona can’t play their passing game in Ruaraka or Chemelil so the KPL players can be excused for now. How does a player pass a ball in a bumpy and windy pitch? The players should unite and request for proper pitches as it affects them directly. Apart from constant injuries, how do they express and market themselves with such poor quality pitches? Which scout would be comfortable taking a video of a match say shot in Ruaraka to Arsene Wenger to pitch for a KPL talent?

The other day when Gor Mahia visited Equatorial Guinea, the training photos caught the attention of many due to the well-manicured green pitch. Is Kenya that poor that countries like Equatorial Guinea and Rwanda have better facilities than us? The excuse that Kasarani and Nyayo are being worked on should not justify mediocrity. We need stadiums outside Nairobi and not just rusty metallic structures but stadium that would allow players play sexy football and attract fans watching inside and on screen.

To the TV stations, God is watching you! We shall resist soon!