It’s do or die against Gor says Baraza 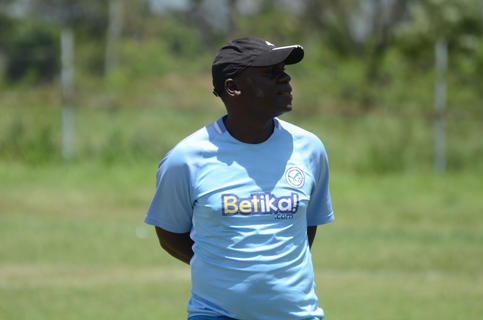 Sofapaka vs Gor Mahia : A win for Gor will see them open up a 10-point gap on top of the table

Batoto ba Mungu trail the league leaders by seven points and a loss in Kisumu on Sunday will be detrimental to their league charge with just five games left before the season ends.

“It will be very vital for us to ick points and catch up because getting three points against your direct rival is a huge advantage. We want to take the race to the last day of the season and winning against Gor on Sunday will be very crucial for us,” Baraza said.

While Sofapaka have five matches left, Gor have six and carry an advantage heading into the home stretch. A win for Gor will see them open up a 10-point gap on top of the table and essentially, this will mean they will win the league with just one more win.

“I think the pressure is on us now but I am happy with my players and I am happy with how we have prepared for this game. We won against Stima on Wednesday and that has given us a lot of confidence heading into this weekend’s game,” added the coach.

Meanwhile, the team expects to welcome back Ugandan striker and their top scorer Umaru Kasumba to the team. The forward who has scored 16 goals this season missed the Stima game due to a minor knock.

“Kasumba has played so many games and given his all and we decided, also because he had picked up a slight knock against Tusker, we thought it wise to have him rest. He will be back for the game against Gor on Sunday,” the coach said.

The first leg meeting between these two sides in Nakuru ended 1-0 in favor of the league leaders.