Is Kenya ready to host the World Athletics Championships? 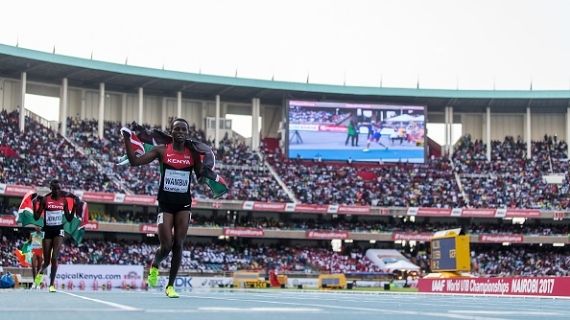 Kenyan athletes at the 2017 World Athletics U18 Championships in Nairobi, Kenya

Addressing the media then, Tuwei said, "It's true, we will be bidding for the Championships and we have already received the bidding documents from World Athletics," said Tuwei.

"It will be a huge opportunity if we win the bid, not only for Kenya but Africa as a continent.

"The bidding is a competitive process, and other countries will also be registering their interests.

"The country that places the best proposal will win the bid.

"We will be meeting with the Sports Ministry soon and make sure we submit a formidable proposal to win the hosting rights."

The bid documents were to be submitted by March 1 this year while World Athletics is expected to announce the hosts in December this year.

His sentiments were backed by Sports Cabinet Secretary Amb. Amina Mohammed, who said then, "We stand a very good chance to win because we are well-known in hosting world sports events.

"We also have enough facilities that will allow them to to compete freely, safely and securely."

In 2021 alone, Kenya has already hosted the World Athletics U20 Championships, the Kenya Open and Savannah Golf Classic tournaments, the World Rally Championship Safari Rally as well as the  Rugby Africa Barthes U20 Trophy and Rugby Africa Cup competitions. All these events held under the new normal that has been forced upon the world in the form of Covid 19.

It is currently hosting the CECAFA CAF Women's Champions League qualifiers and still is in line to host the Kipchoge Keino Classic, which is a round of the World Athletics Continental Tour.

It will be recalled that Kenya successfully hosted the 2017 World Athletics U18 Championships.

To successfully host these events, one cannot fail to notice the massive financial and logistical support that has come from the Government and some private sector players. They have literally moved mountains to make these events possible and with their continued goodwill, and with Kenya's rich history in athletics, what really is stopping the country from hosting the World Athletics Championships in 2025?

It is possible, it can happen.