Hunt for Pro-am slots heads to Eldoret this weekend 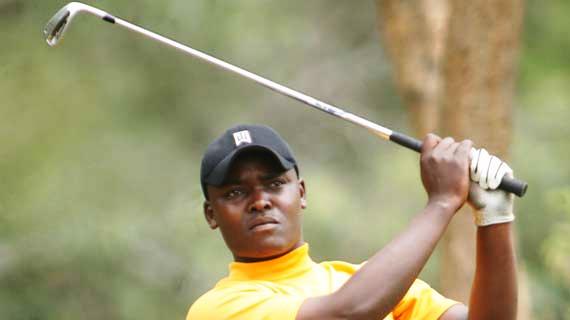 The Eldoret Club will this weekend play host to the ingoing KCB  Road To The Masters qualifying series event where golfers from the North Rift Region  will be fighting for the next six slots at stake for the upcoming KCB Karen Masters Pro-am.

The tournament is the third in the' qualifying series that started in May at the Ruiru Sports Club.

The event is open to guest golfers and players from the clubs in the region which include Eldoret, Kitale, Nandi, Kakamega and Mumias.

A field of over 150 golfers will fight for slots to the Sunshine Tour which was launched at Karen Country Club on Wednesday.

The  Karen Masters in its second edition will become the first Kenyan tournament to join the prestigious Sunshine Tour.

So far, a total of 12 players have qualified for this year's Karen Masters Pro-am.

Christopher Kiai won the opening round of the Road To The Masters series while his namesake Christopher Young emerged the winner of the second round at the par 72 Limuru Golf and Country Club.

Playing off handicap 10, Limuru's Young shot 22 in the front nine and 16 in the back for a total of 38 stableford points.

The  five qualifying events have no doubt brought good tidings to local amateur golfers with  the overall winner, men winner, lady winner, staff winner , the wildcard winner and guest winner getting automatic qualification to the Masters.

The wild card ticket is being given to any of the following categories; best first nine, best second nine, nearest to the pin men and lady, junior golfer, longest drive lady and men, at the discretion of clubs.