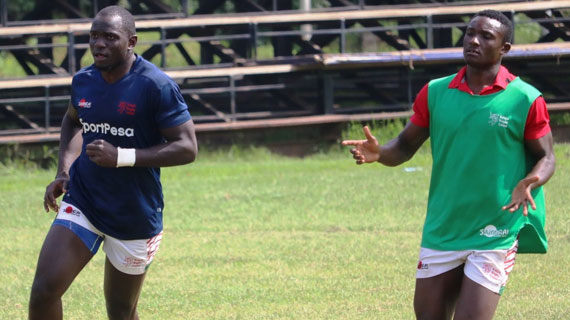 Kenya has been drawn in Pool A alongside reigning series and tournament champions South Africa, Canada and neighbours Uganda.

Coach Simiyu has named Quins’ forward Herman Humwa in his squad that heads to Dubai for the HSBC Sevens World Series season opener on 1st and 2nd December at The Sevens Stadium in Dubai, United Arab Emirates.

Simiyu has also included Willy Ambaka who will make his first appearance since returning from New Zealand’s Manawatu where he played in the Mitre Cup. Ambaka was last in action at the Canada Sevens in Vancouver.

Kenya’s all time top points scorer Collins Injera also makes the trip to Dubai. Injera, who sits second on the World Series all time try scorers chart with 244 tries was last in action at the Hong Kong Sevens.

The team leaves Nairobi on Monday 27 November. They  will start their campaign against Canada at 9.30am East African Time on Friday 1 December before playing South Africa at 1.36pm. They will complete their day one assignments against Uganda at 6.31pm.