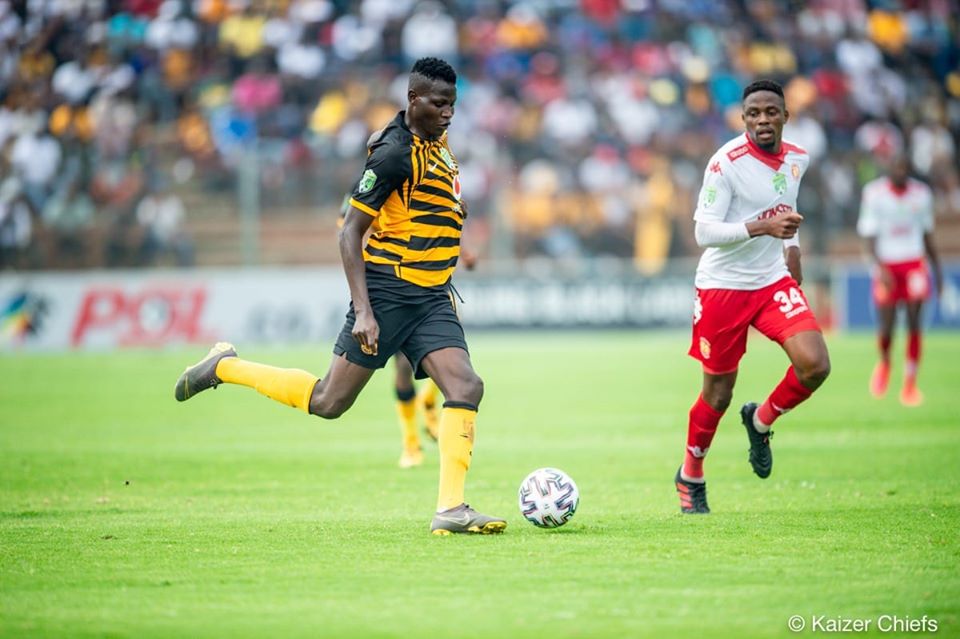 Chiefs, home to Kenya international Antony Akumu, ensured they remain firmly in contention, beating Wydad despite playing almost half the match with 10 men after keeper Daniel AKpeyi was sent off for handling the ball outside the box in the 41st minute.

Guinea’s Horoya AC and South African giants Kaizer Chiefs will face off in a Group C final next weekend to ascertain who will join Wydad Club Athletic in the quarter final of the CAF Champions League after both won their matches on Saturday.

Both picked up respective 1-0 wins with the Guineans winning away to Petro Atletico while Amakhosi picked up their result at home against a much changed Wydad side, despite finishing the match with nine men.

Both teams are on eight points, with Horoya currently occupying second place on goal difference. The two teams drew 0-0 when they met in the first leg in Johannesburg in February.

Chiefs ensured they remain firmly in contention, beating Wydad despite playing almost half the match with 10 men after keeper Daniel AKpeyi was sent off for handling the ball outside the box in the 41st minute.

They were further reduced at the stroke of 90 minutes when Samir Nurkovic was given his marching orders. Bernard Parker scored the lone goal for Chiefs in the 48th minute.

Meanwhile in Luanda, Sekou Camara’s deflected header in the second minute was all Horoya needed to ensure they also remain firmly in contention.

Camara rose highest to head home from a Ssebe Baffour freekick from the right. Petro had a good chance to draw level, but Tiago Leal wasted a glorious opportunity with his attempted chip over the keeper going over.

Five minutes to the break, Horoya had a chance to double their lead but Khadim Diaw’s well struck freekick from the edge of the box attracted an equally good save from Petro keeper Signori Dominique.

The home side, who are already eliminated from the competition tried to go out on a high and gave a fight in the second half. They had chance seven minutes in the second half when a cross from Domingos Sengui found Armindo Canji isolated inside the box, but his shot was saved.

In the 57th minute, substitute Antonio DOmingos pulled a shot from range, but it went just wide with the keeper sprawling to ensure it wasn’t heading in.

Horoya keenly guarded their rear to ensure they kept the win and head into the final day of action with fate in their hands.