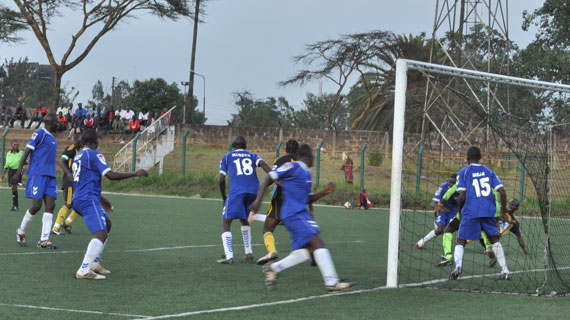 Former Kenyan premier League side Nairobi City Stars, currently struggling to stay afloat in the National Super League is under new ownership. The club has been bought out by the recently founded Jonathan Jackson Foundation.

City Sytars had been without a stable owner for a long whole since the exit of former owners World Hope and their struggles led to their relegation from the top tier.

The tough financial times have seen the club continue to struggle in the second tier and are currently placed 17th in the Super League standings, only four points off relegation.

"We were attracted to Nairobi City Stars due to its history where it was intended to be used to bring sports to the youth in the communities,” incoming chairman Jonathan Jackson said.

Jackson who is the founder of the new ownership outfit replaces Peter Jabuya who has been running the club as both chairman and financier since the exit of World Hope.

"We are aware of the club’s recent challenges, but we thank former Chair Peter (Jabuya) for keeping it as a unit for this long. Our most immediate objective is to keep the team in the league (NSL) as we put in place elaborate plans for upcoming seasons,” Jackson further stated.

The club has also appointed renowned journalist Patrick Korir as its Chief Executive Officer while Francis Kamau has been named Chief Finance Officer.

"I wish to put in all my experience to see to it that the club excels in its short- and long-term ambitions. I fully embrace the new challenge at my doorstep as fully commit to guide Nairobi City Stars to be a formidable club," Korir stated.

The club will now look to finish the season in a respectable position and then hunt for a ticket back to the top tier next season.