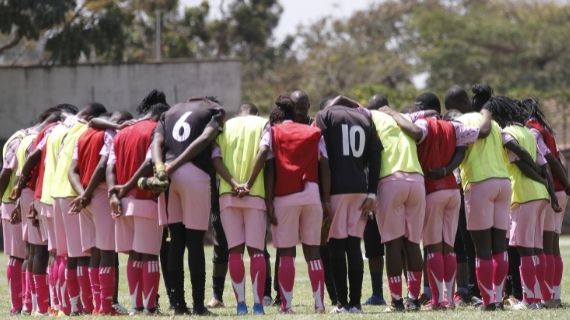 Meanwhile, skipper Enez Mango says they will not underrate anyone but instead give their all in all three group matches with an eye into the semi-finals.

Vihiga Queens, Kenya’s representatives in the for the CECAFA regional qualifiers for the inaugural edition of the CAF Women’s Champions League have vowed to make mazimum use of their home ground advantage to challenge for a place in the final tournament in Morocco next month.

Vihiga will represent the country by virtue of winning the FKF Women’s Premier League in the 2019-20 season.

The Kenyan representatives are drawn in Pool B will start their campaign against Ethiopia’s ECB on Sunday at the Nyayo National Stadium. Also drawn in their pool is Zanzibar’s New Generation and Yei Joint Stars of South Sudan.

“We know everyone is well prepared and we are just going in there to take a match at a time. We expect it tough but we have done our part in training. Personally, I am determined to help the team and my aim is to become the top scorer at this tournament,” striker Gentirx Shikangwa said ahead of the tournament.

Shikangwa will be depended on to rake in the goals for Vihiga with her national team experience.

Meanwhile, skipper Enez Mango says they will not underrate anyone but instead give their all in all three group matches with an eye into the semi-finals.

“We have analyzed most of the teams and we know it is not going to be easy. Whoever works the hardest and the smartest in this tournament will carry the day. We have trained hard as a team and we know we have what it takes to go out there and compete for the trophy,” said the Vihiga skipper.