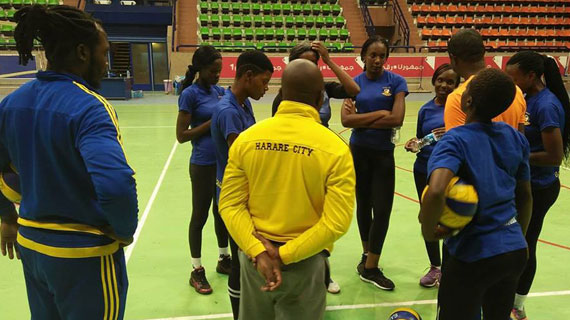 Established a year ago, Harare City Volleyball Club will be making their debut appearance at the Africa Women Volleyball Club Championships to be held in Egypt between March 6th to 15th.

The club from Zimbabwe has already arrived in Cairo one week before the tournament in a bid to acclimatize.

So far 22 clubs have confirmed participation in the tournament with two Kenyan clubs Kenya Pipeline and Kenya Prisons also eyeing the crown, this being one of the well attended tournaments since its inception in 1986.

Host club Al Ahly of Egypt have camped in Slovenia and will be returning to their home base a few days before the start of the championships.