Harambee Stars with injury concerns ahead of Tanzania derby 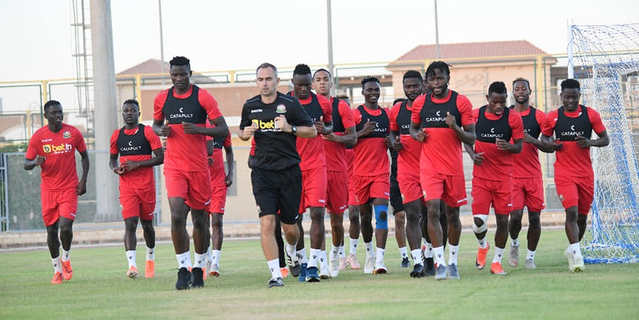 While Joash picked up an ankle injury on the eve of the game Otieno and Odhiambo both suffered knocks in the match against Algeria. But, the three will train with the rest of the squad on Tuesday night where they will be assessed further.

There has also been a concern with Musa Mohammed’s thigh injury and he is also set to be assessed further.

Migne is already missing Brian Mandela who picked up a nasty knee injury during their training camp in France and the absence of Musa and Philemon might be a huge concern. On the bench, Migne can call upon either the experienced David ‘Calabar’ Owino or the inexperienced Vihiga United skipper Bernard Ochieng.

Kenya lost 2-0 to Algeria in their first match and must win againbst Tanzania to revive any hope of making it to the next round.Tanzania are in a similar position after a 2-0 loss to group C favorites Senegal and would look at the East African derby as the best chance to pick points in the competition.