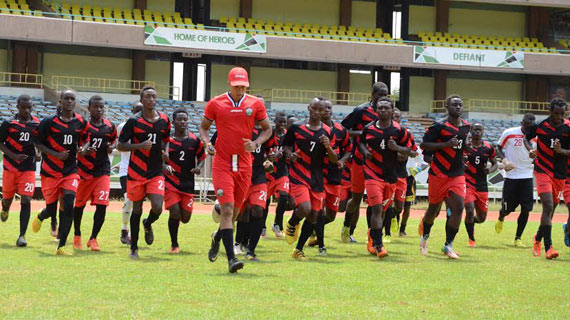 After a grueling four days under the scorching sun, a total of 99 players have had a chance to parade their skills and now await the decision of the coaches to know who makes its to final list of Harambee Stars U-20.

The exercise run from Tuesday to Thursday and was overseen by caretaker Harambee Stars Coach Stanley Okumbi at Kasarani.It drew potential stars from the Chapa Dimba na Safaricom Youth Tournament and FKF Leagues.

After the shortlist is made, the team heads to camp to prepare for a friendly against Tanzania before taking on Egypt in a two-legged friendly to be played in Cairo and the newly built Bomu Stadium in Mombasa.

The friendlies will be used prepare for the 2019 African Youth Championships (AYC) to be staged in Niger.