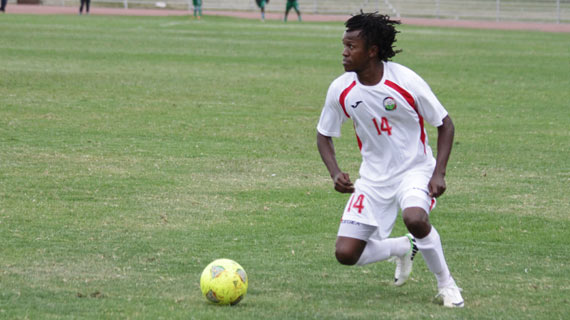 Harambee Stars squad expected to play Swaziland and Equatorial Guinea on Friday, May 25, and Monday, May 28, 2018, respectively at the Kenyatta Stadium in Machakos already getting in camp at the Kenya School of Monetary Studies

There is no second-guessing for the national team as Sébastien Migné prepares the team for AFCON qualifiers. The national team Harambee Stars are set to play two friendly matches over the weekend and the players who have been called up for this duty have begun trickling into the camp.

16 players have already arrived in Camp among them veteran midfielder Francis Kahata and his teammate Humprey Miheno. Gor has also released Harun Shakava and Joash Onyango after the FKF announced that the Mashemeji Derby had been postponed.

The international friendly matches will also see Eric Ouma (KF Tirana) and Musa Mohammed (Unattached) feature for the national team. The duo is already in camp at the Kenya School of Monetary Studies (KSMS). The rest of the squad who are mostly locally-based players will get into camp Tuesday, May 22, 2018. However, AFC Leopards are unlikely to release their players for the friendlies with the AFC Leopards Executive Committee adamant that the Mashemeji Derby is still on.

The team will hold its first training session on Tuesday morning, May 22, 2018, at the Kenya School of Monetary Studies where foreign-based players are expected to join in the course of the week.

Harambee Stars are expected to play Swaziland and Equatorial Guinea on Friday, May 25, and Monday, May 28, 2018, respectively at the Kenyatta Stadium in Machakos.

Harambee Squad Expected for the friendlies against Swaziland and Equatorial Guinea.