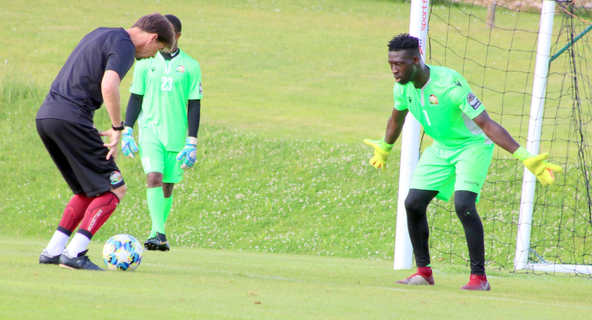 Harambee Stars shot stopper Faruk Shikalo has officially joined Tanzanian giants Yanga SC on a two-year deal, penning the contract in Cairo on Friday. Shikalo had been heavily tipped to join the Tanzanian side since the beginning of the year after starring for Bandari at the SportPesa Cup.

There was a verbal agreement between the player and the club before he travelled out for national duty at the beginning of the month and the same was made official in Cairo at the team’s hotel.

“We have finally sealed the deal and I am glad to be making this move. Hoping I can get the best out of it,” Shikalo who joined Bandari two seasons ago stated.

The shot stopper, formerly with Talanta FC has played for Muhoroni Youth and Tusker in the Kenyan Premier League, then moved briefly to Posta Rangers from where he decamped to Bandari after failing to get playing time.