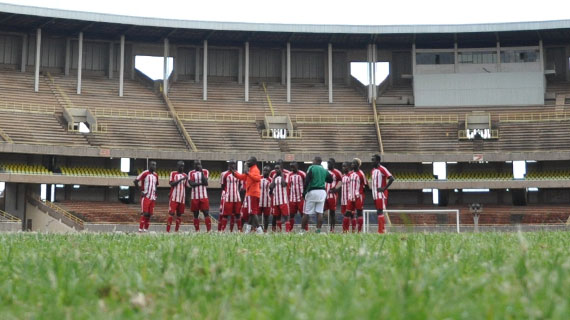 Harambee Stars’ two upcoming friendlies against Swaziland and Equatorial Guinea set to be played on 25th  May and 28th May respectively will be hosted at Kenyatta Stadium in Machakos and not the 60-000 seater Kasarani Stadum.

The change of venue is to allow fine tuning of Kasarani Stadium to host the 2018 SportPesa Super Cup slated for June 3rd to June 10 and Harambee Starlet’s home qualifier against Equatorial Guinea.

Coach Sebastien Migne has already named a list of 24 players for the friendly matches and 6 reservists that include Micheal Olunga.

The team starts training on Monday 21st May and will travel to India for an invitational four nation tournament after the two friendly games in Nairobi.

In the SportPesa Super Cup, Gor Mahia will who are the defending champions Gor will face stiff challenge from three other Kenyan teams (AFC Leopards, Kariobangi Sharks and  Kakamega Homeboyz). The other opposition will be from Tanzania  giants Simba SC, Yanga and Singida and Zanzibar’s Jeshi la Kujenga Uchumi.

The winner of the SportPesa Super Cup gets a chance to play against English Premier League side Everton FC at Goodison Park in UK.