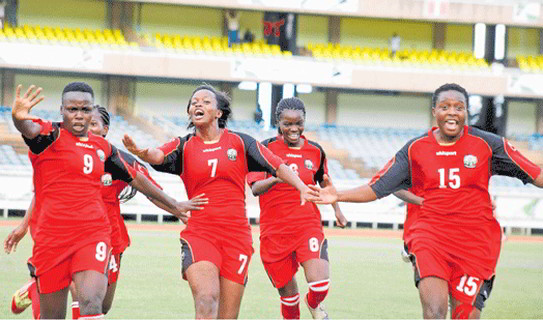 The Kenya Women Football Team, Harambee Starlets are in camp in Nairobi for their preparations for the CECAFA Women Championships that will be hosted by Rwanda from July 19 through to July 27, 2018.

The Kenyan ladies are set to kick off their campaign against  Uganda in an opening match to the tournament on July 19 before they play their other East African counterparts Ethiopia, Tanzania and hosts Rwanda. The tournament only involves the five nations and will be a round robin.

Most of the players called for the assignment have arrived in camp except Neddy Atieno (Makolanders) who is on a military progression course, Elizabeth Wambui (Gaspo Youth) who is understood to have family commitments and Dorris Anyango (Spedag). The latter two are expected to join up with their colleagues later in the week.

The Starlets head coach David Ouma has expressed satisfaction in the ongoing preparations and showing confidence bearing in mind the good run the ladies had in the 2018 African Cup of Nations (AFCON) Qualifiers.

“We had a good run in the AFCON Qualifiers. We have just picked up from where we left. The players are in good shape both physically and mentally, and I am optimistic that we will get a positive outcome in Rwanda,” said Ouma