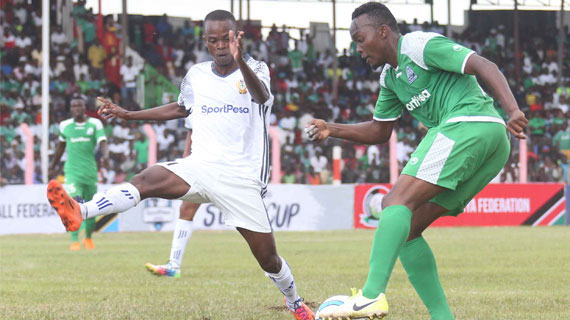 Gor Mahia coach Dylan Kerr says he wants to ensure the team confirms qualification to the quarter finals of the CAF Confederations Cup by beating Rwanda’s Rayon Sport on Sunday night. A win for Gor will take them to 11 points and thus qualify for the quarters regardless of the outcome of the final group match against USM Alger.

“It is going to be a tough game because Rayon are also still in it because if they win they go on six points. For us we want to ensure we go into the final match of the group already assured of a place in the quarters. We don’t want to travel to Algeria with any kind of pressure,” Kerr said ahead of the tie.

All concentration for Gor is on the Continental games with their hunt for a league title already all but settled with a 17-point gap top of the standings with nine rounds of matches left. They prepared for the Rayon tie winning both their league games, beating Kakamega Homeboyz 3-1 and Chemelil Sugar 1-0 on Tuesday and Thursday.

The tactician says he is proud of the team’s run so far having drawn two and won two of their games.

“We have done immensely well and I am proud of this group of players. We have had a crazy schedule but yet we have managed to get results coming even when it is very tough. I hope we are going to maintain the run,” the tactician further explained.

Looking forward to the match against Rayon, Kerr expects a tough tactical approach looking back at how the two fared in the first leg match played in Kigali early in May. However, they will miss up to four players suspended for this tie.

“Yes they might have some of their players missing but I still think they have a very strong team. They gave us a good run in the first leg but we are playing at home this time and we will have to fight for a win,” the coach said.

Rayon are expected in the country on Saturday night, less than 24 hours before the game. According to sources, they will be fined by CAF about Sh300,000 for failing to confirm their arrival time early enough, with the Kenyan side not aware of their plans as per midday Saturday.