Gor trio to miss Berkane home and away, Oktay banned 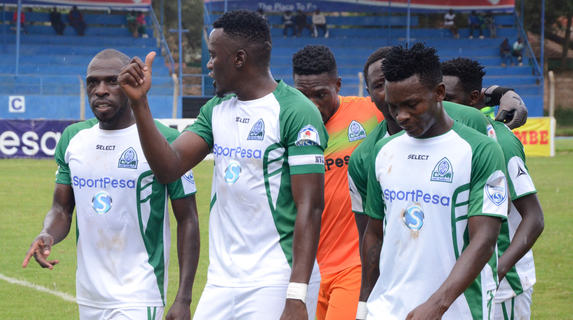 Meanwhile, head coach Hassan Oktay and skipper Harun Shakava will be suspended for the first leg. This is after CAF on Thursday evening released sanctions for the players following their stormy 1-0 win over Petro Atletico in their final group match two weeks ago.

Oktay was sent off for protesting referee decisions and will now be suspended for one match and will not be allowed to access the dressing room at Kasarani. Shakava meanwhile will be suspended following a second booking in the competition.

It is Wendo, who received a straight red card in the Petro match that has been slapped with the heaviest sanction. The midfielder has been handed a three-game suspension, two mandatory for the red card and one being that this will be his second suspension.

That is the same measure vented on Tuyisenge and Batambuze after accumulating four yellow cards in the competition, each serving a previous suspension occasioned by two yellows