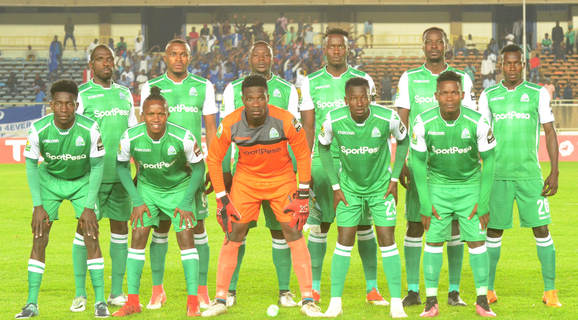 Gor need the maximum three points against Alger on Wednesday to assure themselves of a ticket to the CAF Confederations Cup quarters for the first time in history. Any other result apart from that will leave their place determined by the result posted by Rayon Sport against Yanga, the game set to be played concurrently in Kigali.

“It is a very tough job. Going to North Africa is never easy for Kenyan teams but we will do our best. We played USM in Nairobi and we know what to expect from them. The players know the task ahead and we are upbeat we can create history,” the tactician said.

Gor would have made the work lighter for themselves and qualified 10 days ago, but they lost 2-1 at home to Rayon Sports complicating their chances.

The results from the last game week leaves them top with eight points, leading USM on goal difference while Rayon are third on six. A win for Rayon coupled with a loss by Gor will see the Kenyan champions exit the competition.

They walk into the USM tie with a confidence boost after wrapping up a 17th Kenyan Premier League title on Sunday with a 2-0 win over arch rivals AFC Leopards with six matches to go. Kerr though fielded a second string side preserving his best for Wednesday, but he hopes the ripple effects will come down the whole team.

“It’s something good for the team that we have defended our title and I hope that confidence drives them in. We will celebrate only on Wednesday after we get through in CAF,” the tactician noted.

His sentiments are echoed by skipper Harun Shakava who has issued a rallying call to teammates to give their all in Algeria now that the domestic campaign is already wrapped up.

“This is our heart and soul, we have to fight it out and get a win. We have to sacrifice everything on the pitch on Wednesday and make history for the club and ourselves. Everyone is focused to do it,” the defender noted.