Gor slump to 4-0 thrashing by Zamalek in Alexandria 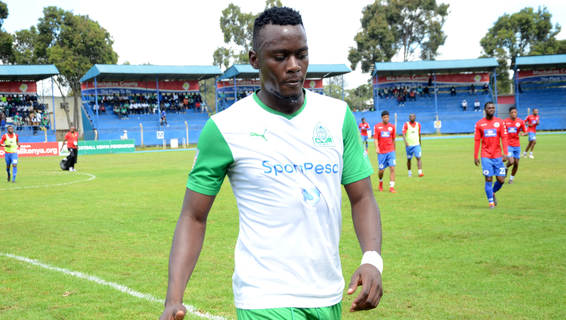 Gor Mahia lose 4-0 to Zamalek away in Egypt.

Gor Mahia’s hopes of a first ever progression to the CAF Confederations Cup quarter finals was set up in smoke on Sunday night as the Kenyan champions suffered a massive 4-0 defeat at the hands of Egyptian giants Zamalek in Alexandria.

Gor travelled out of the country 10 days ago top of the group but will travel back bottom with Zamalek going top, Petro second while Hussein who were top before this weekend’s matches moved to third.

To keep their last eight hopes intact, Gor Mahia have to beat Petro in Nairobi next weekend and hope Hussein Dey fail to pick maximum points against Zamalek in Algiers. A draw or a loss by the Algerians coupled with a Gor win will see K’Ogalo progress.

In Alexandria, Gor who had camped in Egypt for the better part of the week had perhaps their worst away performance in continental football since their 5-0 thrashing at the hands of Esperance in 2012. They failed to register a single shot on target and failed to show their usual organized and attacking game.

Zamalek who lost 4-2 to the Kenyans in Nairobi were 2-0 up within the opening 25 minutes, Alaa and Obama making the most of Gor’s defensive gremlins.

Alaa broke the deadlock in the 12th minute with a header at the backpost off a Hamdi Nagguez freekick, a set piece that Gor’s Samuel Onyango gave away easily. Just seven minutes before conceding, Peter Odhiambo had come to Gor’s rescue with a brilliant one on one save to deny Hamid Ahadad after Gor lost the ball cheaply in midfield.

In the 25th minute, Obama doubled the lead for the home side with a well taken volley inside the box after Gor struggled to clear a freekick, Omar El Said teeing Obama up after the ball was recycled inside the box.

Odhiambo, stepping in for the injured Boniface Oluoch was turning out to be Gor’s most important player and he pulled off another brilliant save in the 37th minute to keep out Ahadad’s bouncing header.

At the start of the second half, Gor made changes bringing off Boniface Omondi who had been horrendous in the first half and brought in Dennis Oliech to spice up the attack.

Just four minutes after coming on, Oliech showed some signs of his impending danger, shielding the ball well off two markers but his eventual shot was awry, skying well over the bar.

Zamalek were continually getting comfortable and Odhiambo made another good save in the 64th minute punching away Yousef Fayed’s shot for a corner.

The home side kept the surge and completed the work at home with two goals within two minutes late on.

Sassi made it 3-0 after 83 minutes, some brilliant footwork seeing him skip past keeper Odhiambo and defender Charles Momanyi off an Ibrahim Hassan pass. Another substitute, Mahmoud Hussein set up the fourth just a minute later, his miscued shot being picked up by Elsaid inside the box before the attacker easily beat Odhiambo one on one