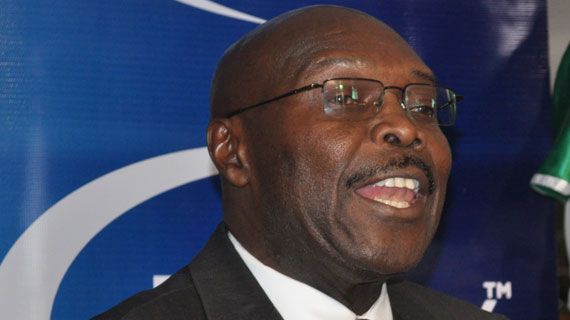 According to the K’Ogalo supremo, clubs do not know what is contained in the deal thus his outfit cannot be signatory to what they have not seen “Clubs have the rights for TV.

Gor Mahia alongside four-time winners and Kenya Defence Forces’ side Ulinzi Stars, 2008 title holders Mathare United and Zoo Kericho have not signed the broadcast deal between FKF and StarTimes. The deal is set to run for seven years.

Ochola’s suspension was revealed on Tuesday evening by the Club’s chairman Ambrose Rachier in an ‘emergency’ media briefing in Nairobi. Ochola, who has been in office for only three months and 15 days is said to have appended his signature to the deal on behalf of Gor Mahia without involving other officials in the Club’s executive body.

“We have suspended our secretary Sam pending his explanation regarding the letter he wrote to StarTimes purporting to endorse their deal with FKF. If he satisfactorily defends his action, we will lift it,” reported Rachier. Reading mischief by Ochola who had gone underground on Tuesday, the Club chief added:

What he did was wrong, he went behind my back, and that of club members to write the letter. I have a strong feeling he was ‘bought’ by FKF to do that. Gor Mahia’s constitution is very clear that only the chairman can write such a letter, but he never consulted me, nor any other member of the team. He did it on his own and he must carry his own cross. We will commence investigations into the matter after which we will give him a hearing. I must report that the club patron (Raila Odinga) is aware of these developments.”

Rachier noted that Gor Mahia’s stance on the matter has not changed and that they have neither signed nor endorsed the deal. “All members of the (Gor Mahia’s) Executive Committee have renounced the agreement. I have a petition signed by all members addressed to StarTimes telling them (StarTimes) Ochola’s letter is of no legal threshold and should not be relied on as a basis for any contractual rights,” intimated Rachier.

According to the K’Ogalo supremo, clubs do not know what is contained in the deal thus his outfit cannot be signatory to what they have not seen “Clubs have the rights for TV. You can only sign something that you have seen, read, and agreed with it. No one has seen the contract between FKF and StarTimes- not a club chairman nor a legal officer,” continued Rachier.