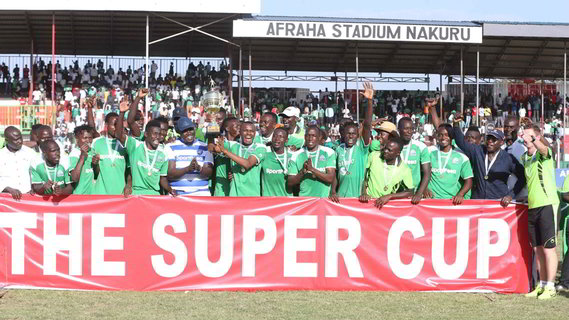 After the initial July proposed date never worked out, organizers SportPesa have confirmed that the highly anticipated friendly match between Gor Mahia and English Premier League side will now be played on November 6 or 7 at Goodison Park.

According to the English premier League fixtures, Everton will be playing against Chelsea the following weekend, and thus will remain to be seen whether or not head coach Marco Silva will field a strong team for the tie as did Ronald Koeman last year in Dar es Salaam, Tanzania.

This will be the second meeting between the two sides having met in Dar, Gor losing 2-1 with Wayne Rooney scoring that infamous belter that beat Boniface Oluoch.

SportPesa CEO Ronald Karauri said the tour will give Gor Mahia players a chance to play with the best and sample one of the oldest and best stadiums in the world – Goodison Park.

Karauri added that the friendly will be a good exposure platform for the Gor Mahia players whom he said have given their best to put Kenya on the global and regional map in matters football.

Gor earned a chance to play Everton after emerging the winner of the second edition of the Super Cup held between June 3 and 10 in Nakuru, Kenya, featuring eight teams from East Africa.

“This is an amazing opportunity for the players and Kenyan football because it is worth more than anybody could offer money for,” an elated Gor Mahia coach Dylan Kerr said.