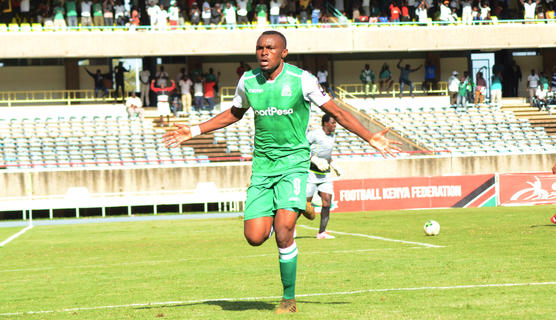 If they avoid defeat in Benue State next weekend, Kenyan champions Gor Mahia will make history by progressing to the CAF Champions League group stage for the first time ever and assure themselves of a Sh55mn reward (550,000 USD) for that feat.

Gor beat Nigerian champions Lobi Stars 3-1 at Kasarani on Sunday evening to hand themselves a massive boost of making history.

Samuel Onyango’s brace added on to Jack Tuyisenge’s early goal as the Kenyan champions showed they are back to their menacing best after a slow start to the season.

Tuyisenge broke the deadlock after six minutes with a thunderous shot inside the box after Lobi lost possession in the middle of the pack and Francis Kahata picked up to feed the Rwandese through.

Gor’s brilliant start continued and Onyango scored the first of his two with a brilliant bicycle kick after his initial shot off a Tuyisenge cross was blocked.

Lobi however drew a goal back when Mathias Samuel rose highest inside the box to connect from a Kwambe Solomon corner, leaving Gor keeper Boniface Oluoch rooted to his spot.

But, Gor went back to their two-goal cushion, with Onyango scoring a superb goal. The winger went through on goal beating the keeper and dummied a shot to sweep away two defenders before slamming the ball into an empty net.

Gor should have wrapped up the game to safety with chances in the second half, but all went begging.

Tuyisenge had a glorious opportunity to also add his second for a brace after 66 minutes when he lobbed the ball over keeper Egbe and going through on goal. But his eventual pull at the trigger was never on target.

A minute later Mustafa also had an effort at goal, but he could not get the ball on target.