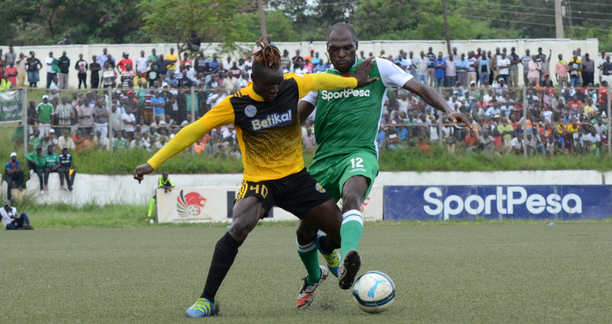 Gor Mahia head coach Hassan Oktay might be interested in the services of Sofapaka forward John Avire. The Cypriot took Avire’s hand and whispered to him, “I want you to come with me here next season. You are (a) very good player” just after the two sides clashed in a KPL tie in Machakos on Sunday.

Speaking after the game, Oktay did not deny or agree to the fact that he is interested in the forward who has scored six goals this campaign.

“He is a very good player but I think today he played in a wrong position. I have my list of players who I want to sign. I have seen some very good local players and I have given that list to my chairman. We will look at them when the season ends because we want to have a strong team next season,” Oktay stated after the match.

Avire joined Sofapaka in the beginning of the season from Mount Kenya United and has proved to be a permanent starter for Sofapaka. He has been the subject of interest from various teams and it will be seen who Sofapaka will decide to sell to, if they decide to cash in on him.

Meanwhile, Oktay says he is impressed with the performance of his players despite a crazy season that has seen them play almost a game every three days.

“It is hard because I have lost so many players to injury. I lost one of my best strikers Oliech (Dennis), one of the best and on form midfielder s Lawrence (Juma) was out for a long time and it was difficult to get team balance. But I am happy with what they have given me,” stated Oktay.