Gor head to Malawi, Sharks to Djibouti in CAF assignments 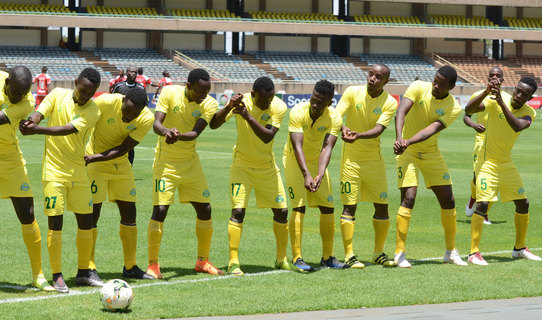 CAF On Friday released the draws for the next edition of the CAF Champions League and the Confederations Cup where Gor Mahia FC and Kariobangi Sharks will represent Kenya respectively.

While Gor is an experienced side as far as continental football is concerned having made history by reaching the CAF Confederations Cup group stages in the last edition, Sharks will be making their debut at the big stage having won their maiden top title last month winning the FKF Shield.

A win for Gor against the Malawian opponents will book them a first round ticket where they will play the winner between Cameroon’s UMS De Loum and Nigeria’s Lobi Stars. If they lose at this stage, they will drop to play in the Confederations Cup but a win will book them a historic place in the Champions League group stages.

“I have just been sent a link to watch their game (Nyasa). We will analyze and prepare for them accordingly. We have a very short time but we have to be ready. The players will rest for the next five days and resume training next Thursday,” Gor head coach Dylan Kerr said.

Gor arrive in the country on Saturday morning from the United Kingdom where they played English Premier League side Everton FC in a friendly match.

Meanwhile, Sharks will hope to progress past the opening round and a victory at this stage will book them a first round tie against either Ghana’s Asante Kotoko or a representative from Cameroon, yet to be submitted.

The first leg matches of the preliminary round are scheduled for November 27 and 28.