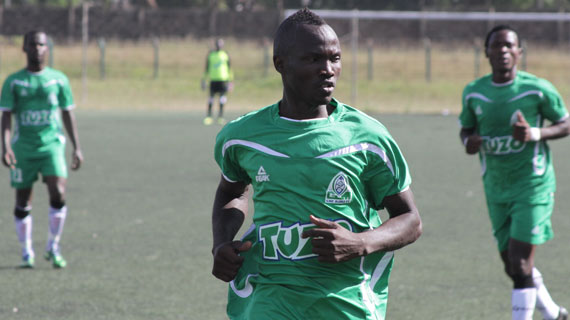 Godfrey Walusimbi who has travelled to South Africa without the club’s permission in a bid to force a move to PSL side Kaizer Chiefs.

According to the club, Walusimbi who missed yesterday’s game against Posta Rangers left without official permission.

“I got an alert from someone that he was traveling and the next thing was a call from Keizer Chiefs chairman apologising for that step and requesting if we could talk on a possible move,”

“I declined to discuss anything and told Chiefs chairman l will hold a meeting with my EC then we will know what step to take. What Walusimbi did was wrong… Keizer Chiefs too did something wrong because that’s player tapping which is against stipulated rules yet the player has a running contract. There are clear and accepted produres if they wanted the player,” Rachier said on the club’s official website.

The Ugandan has a running contract with the club who have insisted they will not let him go on the cheap, noting that Chiefs have to engage them in a professional way.