Gor bounce back to winning ways with Posta victory 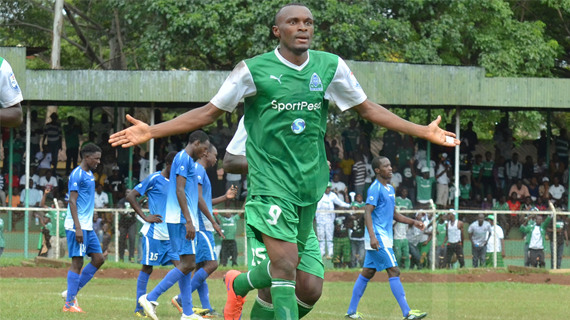 Normal services were restored at Gor Mahia as the 16-time Kenyan champions beat Posta Rangers 2-1 at the Moi Stadium in Kisumu to bounce back to winning ways after suffering their first loss of the season against Bandari on Tuesday.

Though Calvin Odongo scored with seven minutes left, Gor held on for the vital three points after Jack Tuyisenge and Francis Kahata had taken them into the lead.

Gor broke the deadlock after 13 minutes when Kahata nodded home a corner from Kahata, just five minutes after his goal had been disallowed for offside. He had another chance later with aon overhead kick that went over.

Posta’s closest chance in the half was via Joseph Nyaga whose shot from the left was well handled by Boniface Oluoch.

In the second half, Posta came back better and had a chance just five minutes in but Georson Likonoh’s effort came against the bar. They were punctured against the run of play in the 57th minute when Francis Kahata struck a sublime freekick.

Despite going down, Posta gave a fight and pulled one back seven minutes from time when Odongo tapped home from close range after Jeremiah Wanjala’s shot came off the bar.

Gor will now shift their attention to a fifth game in two weeks when they play Kakamega Homeboyz on Monday in Machakos.