Gor all set for coronation as Nakumatt, Chemelil try to fight relegation 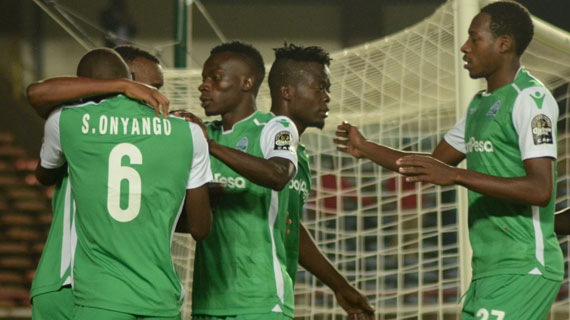 Gor Mahia to be handed the KPL 2018 Trophy on Sunday

Gor mahia will be handed their 17th Kenyan Premier League title on Sunday at the Moi Stadium in Kisumu when they take on Mathare United in their penultimate game of the season. K’Ogalo wrapped up the title with five games to go and will finally have the opportunity to lay their hands on the coveted piece of silverware.

The club though comes into the game with a bit of weight on their shoulders having won three successive games. Gor lost 1-0 and 2-0 to Thika United and Ulinzi Stars respectively with the players on strike and in midweek suffered a 2-0 loss at the hands of Vihiga United.

Head coach Dylan Kerr will hope his charges cap off their trophy celebration with a win against Mathare and hopes the players will be in their best to wade off the history of the past three games.

Meanwhile, Nakumatt FC and Chemelil Sugar will be bidding to avoid the relegation and promotion 16th spot play-off position.

Nakumatt who are at 15th spot and one point above Chemelil will be away to Sofapaka in Narok while the sugar millers will be in action on Monday against Kakamega Homeboyz. With two matches left, Nakumatt will do themselves a world of favor by beating Sofapaka.

A win will see them move four points clear and if Chemelil fail to win at Homeboyz on Monday, then they will just need a point off their final game of the season to ensure safety and condemn the sugar millers to the dreaded play-off.