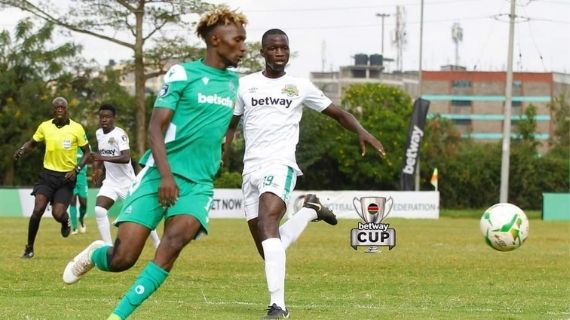 The winner of this competition will represent Kenya in the 2021/20211 CAF Confederation Cup.

Gor Mahia and Bidco United are through to the FKF Cup semifinals after emerging victorious in their quarterfinal fixtures on Thursday.

Abdul Karim scored on the stroke of half time to give the FKF Premier champions the 1-0 lead against Kariobangi Sharks heading into the interval at Utalli.  Geoffrey Shiveka missed a penalty for Sharks before Sydney Ochieng, on as a second half substitute then secured the win for Gor with a goal in time added on, Carlos Vaz Pinto's side taking the 2-0 result and with it a date against Bidco United.

Gor and Bidco will meet in the semis which are set for 12th and 13th June. AFC Leopards will play Equity Bank in the other semi.

The winner of this competition will represent Kenya in the 2021/2022 CAF Confederation Cup.