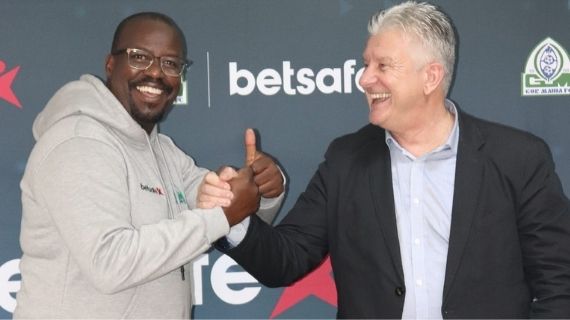 Football Kenya Federation Technical director Andreas Spier will be in charge of the U-17 side preparing for the 2019 Africa U-17 Cup of Nations Cup of Nations.

Andreas will be assisted by his deputy Michael Amenga with the immediate task being preparing the team for Cecafa under 17 tournament set to kick off on April 29th in Burundi.

“This will provide an opportunity for our junior players to not only experience international matches but also learn vital aspects of the game that are key to their future football development,”  FKF CEO Robert Muthomi told FKF website.

The U17 team trials ended this week with the final team playing a friendly against the U20 that they lost 3-0.

A graduate with UEFA PRO License from Sporthochschule in Cologne, Andreas was appointed as FKF technical director in June,2016 in fulfilment of  Fifa’s requirement that every national side must have a technical director to scout and nurture talents in the grassroots.

Spier trained at  Institute for Physical Education and Sport in Bucharest ,Romania (his country of birth) and graduated with a Diploma as a sports teacher then went on to obtain  a Romania Coaching license and HFV Trainer B-license in Grünberg, Germany.

The 2019 Africa U-17 Cup of Nations Cup of Nations will be hosted in Tanzania and only players born after December 2001 are eligible to participate in the competition. The top four finishers in the tournament will qualify for the 2019 FIFA U-17 World Cup in Peru as the CAF representatives.