Full speed ahead as Kenya Open serves off 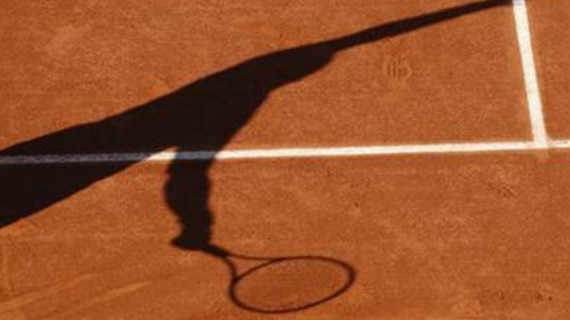 Full speed ahead as Kenya Open serves off

Main draw action in the Britam Kenya Open kicked off at Nairobi Club on Monday with routine wins from all the Mens top seeds with the Ladies matches currently on court. The biggest challenge for the top ranked players has been adjusting to the surface, coming from playing their tennis from hard courts – Lusaka, Zambia for the second seed Edgar Kazembe and Seminal State College in Oklahoma for the top seed and defending champion Ismael Changawa Mzai.

Changawa expected smooth sailing in his match against Burundi’s Omar Mohamed who put up a valiant fight but couldn’t much the ever improving Changawa who took the match in two straight sets, 6-2 6-3. “I feel the touch is there and hope to hit the ball better in my next match,” said Changawa who will in the following days add the Mens and Mixed Doubles to his events, partnering with Mombasa’s Fazal Khan and keeping it in the family with his sister Shufaa Changawa in a bid to win a treble of crowns here.

On the opposite end of the draw, Edgar Kazembe from Zambia lost two games to sail through to the second round with a win over Keean Shah – 6-0 6-2. “He’s only thirteen years old and I think he will go far with his tennis if he keeps at it,” said Kazembe of his much younger opponent, “It was some good experience for him.” He had a practice session on centre court yesterday and says he felt he hit the ball better today and as has been the process for him, he eases into his tennis as the week wears on.

Kazembe has come into this year’s Kenya Open with a point to prove as he lost in the semi final last year, not good enough by his high standards. He however attributes it to “honeymoon blues” as he had just gotten married coming into 2014’s event and had other matters on his mind at the time – understandable.

Asked about his chances now that his arch nemesis Duncan Mugabe has not traveled this year, “I was actually looking forward to playing him this year because last time we played I lost the match.” His chances of sweet vengeance against the man from Kampala will have to wait another year. He reckons the draw is still very tough as it is and he hopes to take it every match at a time. Another opponent the Zambian relishes a chance to face across the net but will never get the chance to is his friend Jean Claude Gasigwa from Rwanda who sadly passed on last year. “He was a joker…everyone misses him. He was a friend and a brother to many, especially to me.” The two have traveled together quite extensively on the tennis circuit and Kazembe reckons that the playing fraternity will have a talk and think up a tribute for his “generous” dearly departed.

The Zambian contingent also has Hector Sando and Kombo Mabo who are also through to the second round. Mabo had a strong showing against Kenya’s Kevin Muhuyi putting him down for the loss of a solitary game in the opening set with smooth sailing through the rest of the match. Sando however had a tougher outing, struggling with the elements to beat John Rogoi in a tough three sets, 6-3 4-6 7-5.

Ladies’ action is currently on court.