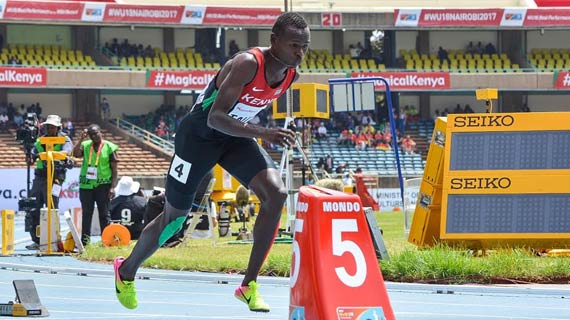 Ethiopia's Abersh MINSEWO outsprinted Emmaculate CHEPKIRUI of Kenya in the 3,000m Girls final to deny the host country the first gold in the last edition of the World Under 18 Championship in Nairobi on Wednesday evening.

Earlier, Tshenolo LEMAO led a South African 1-2 in the boys 100m final to bag the rainbow nation their first gold and silver won by Retshidisitswe MLENGA.

The event was officially opened on Wednesday afternoon by President Uhuru Kenyatta accompanied by the country's first lady and the IAAF President Sebastian Coe among other dignitaries.

During the  ceremony, the president announced that entry to the action venue will be free of charge for anyone wishing to watch the best of the world juniors canceling the initially announced 200 shillings entrance fee for the terraces.

Here is the day's programme.