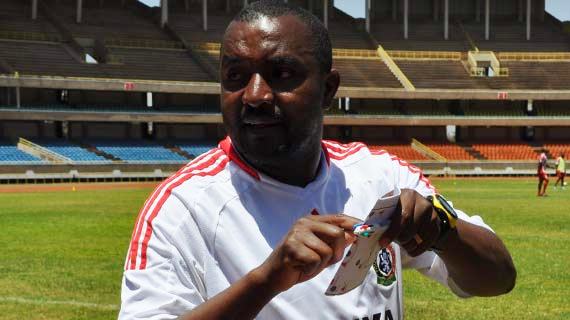 Football Kenya Federation announced the development in a statement signed off by FKF CEO Barry Otieno on Tuesday, October 20, 2020.

The federation expressed its gratitude to the trio for their services rendered to the national team noting they have made worthwhile contributions in strengthening Stars for future assignments.

The federation is immensely grateful to coach Kimanzi and his departing members of staff that include assistant coach Zedekiah Otieno and goalkeeper trainer Lawrence Webo for their exemplary work, dedication and unrivaled professionalism, which has strengthened Kenya’s chances of qualifying for the AFCON 2022 final tournament,” FKF’s statement read in part.

“The federation wishes them well in their future endeavours,” added the statement that also indicated that the federation immediately begins the search for their replacements.

Kimanzi, 44, took over the mantle from Frenchman Sebastien Migne in August 2019 and has cut short his two-year contract barely 18 months in. He has previously played for and tutored Mathare United. He also coached Sofapaka FC and Tusker FC.

Otieno, 51, on the other hand has featured in Gor Mahia both as a player and coach. He has also coached Sony Sugar, Posta Rangers and Kenya Commercial Bank. Webo, 45, rendered his services between the goal at AFC Leopards and Posta Rangers among other clubs, and also served as goalkeepers’ trainer in the two sides alongside the women’s national football team Harambee Starlets.